The US faces a crisis level shortage in baby formula. It's a story of good legislative intentions gone wrong. In our haste to subsidize families in need, we distorted the market and created a fragile industry. In retrospect, the only surprise is that it took this long to fail. We explore why the baby formula market is in crisis, what is being done to bring baby formula to market now, and how we might avoid such a crisis in the future. 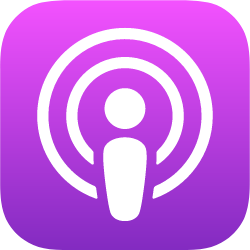 Fat Tailed Thoughts Episode #30 is live! We’re talking baby formula - how well intentioned regulations went awry. A resilient, competitive market became consolidated and fragile. The only surprising part was that it took this long to fall over.

It’s the first of our now weekly swap. Steven wrote the letter and I played host. Check out his write up below.

You can join us on Spotify, Apple, YouTube and everywhere podcasts are found.

I don’t get to vote in the U.S. of A (yet) so I am often able to look beyond party politics and find myself looking for the signal in the noise, especially when issues bubble to the surface that are beyond the usual lightning rod topics of partisan politics. One recent example is the baby formula shortage. This issue struck a chord with me as I have four daughters and did my fair share (my wife may disagree) of baby feeding. My wife was unable to breastfeed our daughters, so they were on formula from day one.

I can’t imagine the stress that a shortage of a staple such as formula must be causing families across America these last few months. It did get me thinking though.

The sheer size of the baby formula issue is worthy of discussion before we dive into the supply chain issues and what has caused a shortage of supply.

The CDC tracks breastfeeding data pretty closely for the rates of breastfeeding, with 83.9% of babies having been breastfed at some point according to the data. The data also shows that the ‘any breastfeeding’ category has gone up by four percentage points in the last 11 years, and exclusive breastfeeding has also increased over the same period, although the trend line appears to be flattening.

However, by six months of age, roughly three-quarters of babies born in the U.S. are given at least some formula, according to the 2020 data.

Another factor to weigh into the discussion is that lower-income parents are more likely than higher-earning ones to use formula over breastfeeding and start their babies on it earlier in life. The consensus rationale is that the U.S. has some of the worst national paid parental leave programs not only in the developed world but worldwide. According to PEW, the U.S. is the only country in the OECD that does not provide paid family leave for new parents.

How did we get here?

The simplest answer is that Abbott, a multinational healthcare giant that sells formula under the Similac, Alimentum, and EleCare brands and controls 40% of the U.S. infant formula market, shut down its largest baby food plant in February. The plant closure came after a type of bacteria linked to the hospitalization and death of several babies was found in the plant. Abbott however, maintains there is no conclusive evidence that links its formulas to the reports of serious bacterial infections in four infants.

However, this problem didn’t happen overnight. What Datasembly doesn’t mention in its recent report is that out-of-stock fluctuations were already trending up due to covid panic buying early in the pandemic. As you can see from this graphic Covid panic buying had already started to take hold before we got to this point.

As you can see from the graph above Datasembly’s analysis shows that baby formula stock was relatively stable for the first half of 2021 although it had started to trend up from August 2021. Out-of-stock (OOS) fluctuations were between 2-8% until July 2021. The OOS detail shows that in April 2022 baby formula shortages hit 30%. Moreover, that number then jumped to 40% at the end of May. The company hasn’t published new data so it is hard to see where the current picture is.

The Special Supplemental Nutrition Program for Women, Infants and Children, commonly known as the WIC Program, was established as a permanent program in 1974 to safeguard the health of low-income women, infants, and children up to age five at nutritional risk.

On the surface this program makes perfect sense, any civilised government in a developed economy should look to provide nutritious foods to supplement diets, nutrition education (including breastfeeding promotion and support), and referrals to health and other social services.

Despite the best of intentions, government intervention can go awry.

The perils of the government looking to intervene in the baby formula market were well documented by David E Davis as early as 2009. In his report titled - Sole-Source Contracts in WIC Infant-Formula Rebate Auctions and their Effect on Manufacturers’ Markups - he outlines “The WIC program uses an auction to procure infant formula. Manufacturers bid on the right to be an agency’s sole supplier of formula by offering a rebate on formula sold through WIC. Rebates reduce costs, averaging about 90 percent of wholesale prices. However, because rebates are so large, some question the industry’s competitiveness. This paper develops a model for optimal rebates and shows that marginal cost can be estimated from model coefficients and program characteristics. Marginal cost estimates suggest large markups, and elasticities consistent with these markups suggest manufactures price on the demand curve where demand is nearly unit elastic.”

The key sentence in the paragraph above is “Manufacturers bid on the right to be an agency’s sole supplier of formula by offering a rebate on formula sold through WIC”. When legislation looks to enshrine a sole supplier through misaligned incentives, issues are sure to be the result.

To compound the structural woes of the WIC program, Congress,  passed legislation in 1989 requiring states to use competitive bidding to select one manufacturer of infant formula to be covered by WIC in an attempt to keep WIC’s costs down.

Approximately two-thirds of formula purchased in the U.S. is bought through WIC, according to numerous government estimates. Due to structural issues created by the U.S. policy on paid family leave, many low-income parents rely on formula, as a result, the 1989 legislation led to the bid winners in each state dominating the formula market in that state.

The recent baby formula shortage is a uniquely U.S. problem. While Covid-induced stockpiling of staples and wider supply chain issues have plagued the globe, nowhere else has suffered a baby formula shortage on the scale witnessed in the U.S. So why is that? Based on my analysis the intense consolidation in the U.S. formula industry is uniquely driven by well-intentioned legislation.

Since the single-contract rule was enshrined in legislation at a state and federal level more than 30 years ago, only three companies–Abbott, Gerber, and Mead Johnson—have received WIC contracts. Entering the pandemic, the huge U.S. market was relying on three companies to feed its most at-risk demographic. The legislation-enhanced control over the market exerted by these three companies has disincentivized the creation of new brands.

Legislators have noticed. “The extremely high levels of concentration in the infant formula market creates a serious risk to infant health if there is any disruption to a major manufacturer’s supply,” Senators Cory Booker of New Jersey, Amy Klobuchar of Minnesota, Tammy Duckworth of Illinois, and five other Democratic Senators wrote to Agriculture Secretary Tom Vilsack last week, calling for an “immediate antitrust review.”

“This is yet another example of how alarming levels of consolidation hurts American families and can no longer be ignored,” they added. Dr. Steven A. Abrams, a professor at the Dell Medical School at the University of Texas at Austin and the chairman of the American Academy of Pediatrics’ Committee on Nutrition states, “Infant formula is the most regulated food that exists.”

In an attempt to loosen the stranglehold of the long-standing regulations, the Biden Administration has urged states to temporarily loosen regulations, specifically around what brands and sizes of formula parents can purchase with WIC.

The White House is also working with the four largest formula brands to identify hurdles to increasing domestic supply, while also announcing that it would expedite the application and approval process for the importation of non-domestic formulas.

However global suppliers are disincentivized from exporting their baby formula to the U.S. by tariffs as high as 17.5%. Again, Legislators are starting to see the folly of intervention and heavy-handed tariffs with Rep. Nancy Mace, a South Carolina Republican, working on a bill that would temporarily waive such tariffs on baby formula products. This approach is garnering bipartisan appeal with Rep. Abigail Spanberger, a Virginia Democrat, agreeing that there needs to be some form of tariff reduction. “The fastest way to get more formula onto the shelves, at least in the short term, is going to be tariff relief,” she recently told TIME.

After the current supply shortage is over, and grocery stores are back to being pre-pandemic levels of formula supply, the unique phenomenon of consolidation in the U.S. market will persist. What will also remain is a fragile domestic supply chain highly exposed to similar shortages in the future.

“There’s still not an awareness that one of the government’s key roles is to structure markets, so that you don’t have fragile supply chains,” says Matt Stoller, the director of research at the American Economic Liberties Project, an antitrust advocacy group, and the author of Goliath: The Hundred Year War Between Monopoly Power and Democracy.

I could not agree more.